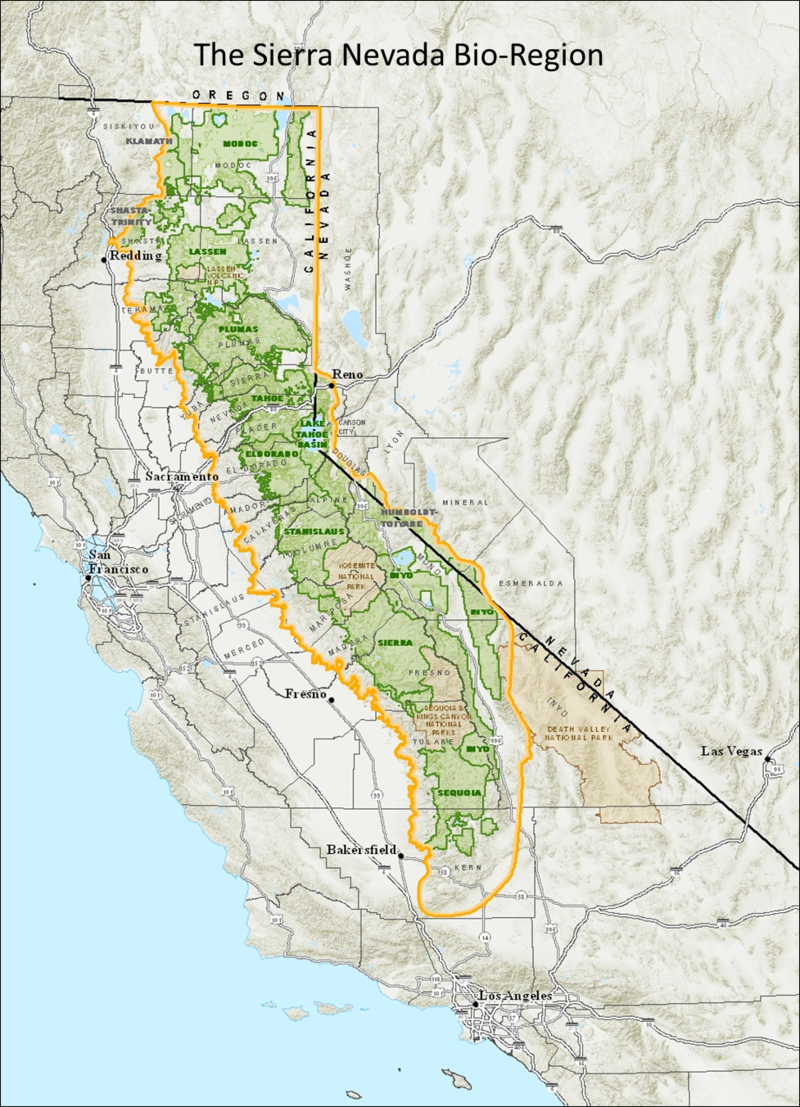 The Sierra Nevada, the spine of California, reaches over 14,000 feet in its southern extent and 10,000 feet in the north. These mountains formed from the uplift of a massive block of granite with the collision of tectonic plates about 4 million years ago. Scoured and sheared by glaciers and streams the Sierra have many creeks and revers flowing west into the Central Valley with runoff eventually reaching the Delta and San Francisco Bay.

January 24, 1848 is the most important date in California history. It marks the date fold flecks were discovered at Sutter’s Mill on the South Fork American River and the beginning of the migration of tens of thousands of people into the state. The effect of the Gold Rush on the California environment cannot be understated; the foothills were largely deforested, most rivers and creeks were dewatered and mined with their bed sediments turned upside-down in search of gold and entire mountains were washed away with giant hoses to remove bits of gold.

Where did the gold come from?

Looking to the high granite peaks of the Sierra does not provide an explanation for the foothill gold deposits. These deposits came from a much earlier time. 400 million years ago most of California was the bottom of an ocean. As the continental plates moved they folded the sea floor putting rocks under intense pressures and temperatures changing or metamorphosing their form. The plate movements caused the mountains to uplift and magma to move closer to the surface. As surface water percolated into fractures and fissures in the metamorphosed rock, the magma heated the water dissolving quartz, gold, silver, copper and zinc from the rock. This heated water with the dissolved metals rose along the Melones Fault Zone and as it cooled quartz veins with the dissolved metals precipitated in the cracks in the rock. Over time these mountains eroded distributing the gold in river and creek beds.

These ancient rivers had their headwaters in Nevada and were isolated and abandoned as the modern Sierra rose 4 million years ago. The ancient gold bearing streambeds were left as patches on mountain sides or were covered over by lava flows. As the modern sierra eroded the gold moved downslope into the current riverbeds.

The primary focus of the Fish Friendly Farming program has been the foothills of the Sierra and the watersheds of the American, Cosumnes, Mokelumne Rivers and Dry Creek.